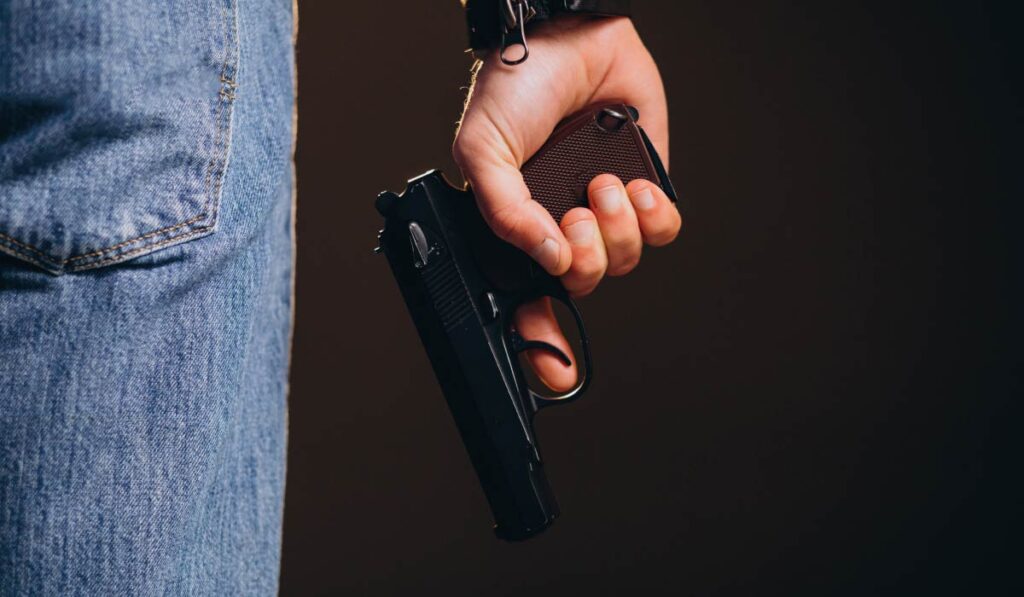 There has been a lot of discussion on the effectiveness of firearms in executive protection. For many protectors, as well as for protectees guns are synonymous for  protection and, in addition, an indispensable requirement to exercise this profession. This is why we gave ourselves the difficult task of determining, with facts, the effectiveness of firearms in real situations.

However, this purpose is almost impossible to specify through absolute scientific rigor, since, only in Mexico, it would be practically unfeasible to account for how many people perform this activity, between private security elements, complementary police, police officers, military who perform these tasks on official commission, military in retirement who work on their own etc.

We do not have the precise number of the protectors in the world .We do not know how many of them have a gun, nor the number of total events in which they could have used it with or without success. We know, that only in Mexico  according to the INEGI,  in the last three decades a total of two thousand 877 executives are  murdered, but we ignore how many of them had protectors and how many of them carried a firearm. If this is extrapolated on a global scale, then, doing a totally precise study becomes impossible. This is the reason why we decided to take a representative sample that allowed us to obtain a result, although approximate, significant enough to determine the performance that firearms have on executive protection. For this purpose, we analyze 124 attacks against prominent public figures that were carried out during the twentieth and the 21st century in 60 different countries.

What were the criteria to consider these 124  cases? For the sample to be significant, the following aspects were taken into account:

* Universal nature -the cases are from around the world.
* Historically verifiable and widely disseminated facts.
* The number of cases must be sufficiently representative.
* Covers a significant time period.
* It must be verifiable that the victims had an armed security protection team.

Victims are people of very high rank in their respective countries, or persons with official protection assigned by the authorities (so it can be presumed that the agents that provided protection were duly selected and trained. Thus, the reaction failures can not be attributed to a lack of training or aptitude, characteristic of extreme relevance for the present analysis).

Only assassinations and assassination attempts have been taken into account because kidnappings would be impossible to quantify. Moreover, it would be extremely difficult to have historically verifiable facts about the performance of armed personnel in each case. The same applies to the use of firearms against random assaults and other types of similar problems since they are even less documented.

The sample of the 124  universal and verifiable cases is sufficiently broad and representative to show us what the best-armed security groups, in their respective countries, managed to do in the cases of real attacks that occurred over more than a century and what was the relevance that firearms had to protect people in all these cases.

To consider that in a particular attack the use of firearms was successful, the criterion is that weapons should have been used effectively; That is to say, that their use was decisive for the protectee to be unharmed, otherwise, the survival could be attributed to an accident and not to the effectiveness of weapons.

The cases are divided into two parts: In the first one the attacks was not successful for various reasons, and, in the second one, the attacks had a fatal result.

It can be noted that only in 4.03 % of cases, firearms were decisive to save the protectees. However, if we eliminate coups and military or paramilitary-type operations from this equation and focus only on regular executive protection (the one exercised by most of the protectors in the world) -the effectiveness of firearms in our regular operating conditions is only 1.63%

So, this particular study shows very little relevance that this tool has in executive protection. Of course, as we could also see 4.03 % (or 1.63%) can save the life of the protectee, so it should not be abolished;

It is also important to note that, for decades, its preponderance in this industry was based on a myth, or in action movies, not on the facts or the hard data.

It is surprising that, in 7.2% of the cases, the attacks were frustrated or later controlled by «empty hands», These techniques were used against the lonely aggressors who attacked public figures from the crowd (attacks against Reagan, Isaac Rabin, Herbert Hoover, Franklin D. Roosevelt, etc.) This does not necessarily mean that empty hand combat techniques are more effective than weapons. This simply showed their efficacy for a specific threat that was frequent in the study.

It is important to point out the attack against the presidential candidate of Colombia, Luis Carlos Galán, who was killed despite having 18 armed agents. This fact makes it evident that a strong operation is not necessarily an effective operation.

As a  conclusion, the present representative sample gives an approximate value of 4.03% effectiveness of firearms in real situations- or 1.63% – depending on which operational environment is relevant to us: civilian or military/paramilitary.

This means that in the executive protection the firearm is a tool of minor reliability, however, it should not be dismissed, since, as we saw, in some conditions they can save our lives. The important thing is to focus our operations on preventive activities that allow us to deactivate the attacks before they happen and not focus our operations on methods that historically have not given results.